There has only been one night of competition so far in this year's G1 Climax tournament and the outright winner market - that's available from Kambi - has had two names snipped.

Kota Ibushi, who lost his opening match to KENTA, is now a 23/20 favourite. This is down from the most recent price of 13/10 he rose to from 5/4 at the start of this month.

You'll see in the table below that Ibushi's victor from Saturday night is showing a shorter price than he was before the market was taken down as the show went to air. 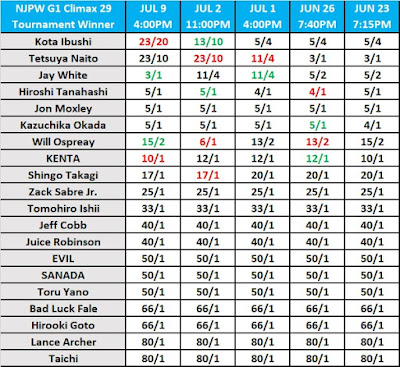 The tournament continues with the first round of B Block on Saturday morning.