Here are the latest WWE Hell in a Cell 2019 prices from 5Dimes along with some notes. 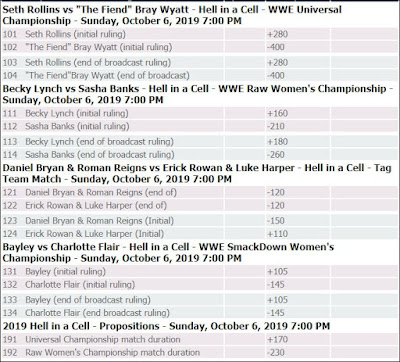 Email ThisBlogThis!Share to TwitterShare to FacebookShare to Pinterest
Labels: WWE Hell in a Cell betting