Tony Nese and Carmella are the first two winners of this year's WrestleMania.

Nese won the WWE Cruiserweight Championship in the opening match of the event's Kick Off with a decision over Buddy Murphy.

From a betting perspective, Nese, entered the match as a +160 outsider with the eventual lower set at -210. For what it's worth, Murphy's price did move into -270 AFTER the match due to the market still being available after its conclusion.


The second winner of the night was Carmella. For those who visited earlier today, you would have seen this post where I pointed out her 5Dimes odds were coming in since early on Saturday morning. The move came out of left field, but I was able to look back at the history and noted the drop below: 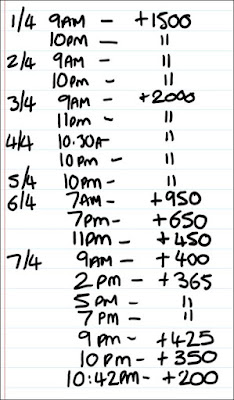