Harper Leaves WWE And Why It Might Be Important For Betting 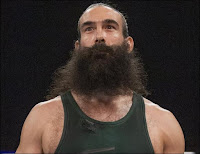 Jonathan Huber (Luke Harper) was one of five wrestlers given a release from World Wrestling Entertainment yesterday.

His departure from the company could be significant, from a betting perspective, as 'Luke Harper' was a selection that was available in an 'Exodus' special - published by Kambi over the summer - in which customers could gamble on the first person - or in some cases, persons - who will be the first to make an appearance on an All Elite Wrestling broadcast.

Harper's name was one of ten WWE-contracted wrestlers in the market. He was 10/1 when it was initially released on June 23rd and - as you can see in the table below - was 11/2 when the market was last made available in September. Harper - who had voiced his displeasure with the company and had asked for his release earlier in the year - returned to TV around this time.

If you look at his odds, you'll see that they declined over the near three months the market was available. However, his price moved up from 7/4 to 5/1 on September 19th, which was four days after he made what turned out to be the short-lived return to WWE TV.

If Huber were to make an appearance for AEW, the earliest would be March of next year as Dave Meltzer has confirmed that the release includes a ninety-day no-compete clause.

Huber will likely return to using his previous name of Brodie Lee as he trademarked the moniker recently,

For now, he's the only eligible name on the list with the best chance of winning and will be interesting to keep an eye on as we enter the new year.
Posted by David Taylor at 14:14